John is the founder and Executive Director at Food Rescue.  John is a graduate of Ball State University in 1985 where he earned a B.S. degree in Elementary Physical Education and is a former elementary school teacher for 9 years for Carmel Clay Schools in Carmel, Indiana.  He is a co-founder and vice president of the Heritage Classic Foundation in Indianapolis Indiana, which has raised over $250,000 for local charities since its' inception in 1997.  John has been involved in marketing real estate for 18 years in various capacities, and he utilizes many skills developed in teaching, real estate marketing, and not-for-profit work to spread the word about the food waste crisis in our country in order to feed children and families in need with surplus food.  In 2008, John was named Citizen of the Year in Hamilton County by the Indianapolis Star and St. Vincent's Hospital for his work with Food Rescue, and in 2012 he was awarded the Jefferson Award for community service by WRTV6 and Citizens Gas.

Bryndon Preston is an author, counselor, life coach, and business owner.He has been fortunate to be part of Food Rescue since its early days. His background is in customer service, conflict mediation, and he has spent years in study and research into human psychology and behavior focusing on integrity based sales and marketing. He brings his skills, experience and passion to Food Rescue to further their goal of feeding children and their families who are in need.

Amber Cash-Hoover is a Valuation Analyst for Sponsel CPA Group in Indianapolis.  Amber became involved with Food Rescue upon hearing of a need in our organization for accounting consulting and expertise in tax reporting issues.  She has been a board member and supporter of Food Rescue for 6 years, and remains enthusiastic about donating time, talent, and treasures in the fight against the food waste crisis in America. 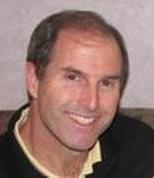 Craig is involved with issues of poverty and the means to transform communities around the world with International Teams as their Community Catalyst. He has lived and worked with the poor and oppressed internationally for 13 years and served in various capacities in the US through Grace Church in Noblesville. Craig has walked along side John Williamson since the inception of Food Rescue when it was just John’s family and friends picking up food. He believes the value of personal engagement in this effort by many will make an impact on food waste, those caught in poverty and, in the lives of those willing to engage as a family or individually. 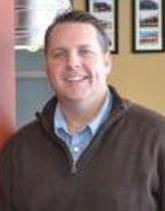 Ronnie Berry is the Vice President of people and development at City Barbeque, a national chain of restaurants in the Midwest.   He has an extensive background in the restaurant industry, including management roles with both Qdoba and Don Pablo's.  Ronnie became involved with Food Rescue after attending a weekend of service event at Grace Church in Indiana, and he reached out to offer any assistance he could provide.  Ronnie is responsible for Food Rescue's connection to all City Barbeque stores, as well as connecting Food Rescue to franchise operators of Texas Roadhouse, Little Caesars, and Mcalister's Deli, and plays a vital role in strategic planning for Food Rescue. 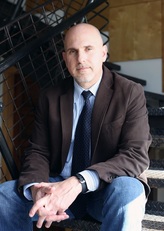 Scott Baldwin has a diverse background comprised of military, corrections, law enforcement, real estate, construction, and business experience.  He is currently the Executive Vice President and Owner of Envoy, Inc., a construction management and development firm founded in 1982.  Scott is also President and Owner of RealtyQwest, LLC, a full service real estate brokerage serving central Indiana.  Scott has been active in commercial real estate development in central Indiana and other states.  He has sat on multiple boards, and currently serves as a member of the board of directors for Crime Stoppers of Central Indiana and is a commissioner with the Hamilton County Redevelopment Commission.  Scott is a retired Indianapolis Metropolitan Police Department detective and served in two wars with the United States Marine Corps, where he garnered a passion for poverty and hunger alleviation from first hand experiences around the world and in our community. 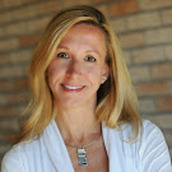 Traci Dossett has been an integral part of Software Engineering Professionals (SEP), since 1993. Starting in an administrative position, working her way from Controller to Vice President of Operations, she now serves as the company’s Chief Operating Ofcer. Dossett has been at the forefront of business and
community afairs, bringing SEP closer to our Central Indiana neighbors.

A graduate of Indiana University, Dossett has assumed many of the tasks that have transformed the small software engineering company into a global provider of software and product development. She was a nominee for the Women and Hi-Tech Leading Light Award for Leadership, a 2012 Indy’s Best and Brightest Finalist and the 2013 Indy’s Best and Brightest Technology Award Winner.

Dossett has been the driving force behind many of SEP’s philanthropic initiatives, instituting the company’s Community Involvement Program providing corporate support for employee contributions of resources, goods and time to charitable organizations. Dossett oversaw SEP’s 2010 transition to an employee stock ownership plan (ESOP), managing both the internal and external transactions.

Dossett’s dedication to SEP is matched only by her involvement with local charities and organizations. Dossett is on the Board of Directors for Food Rescue and the Center for the Performing Arts, where she also serves as Treasurer. She is also a member of the FORUM Credit Union Advisory Council and the Westfield Washington Schools Key Communicators Group. She has provided time and energy to startups Vigilance Medical Technologies, Theron, Inc., and EnerGenuity. Dossett and her husband enjoy spending much of their free time watching their 2 sons play sports in their hometown of Westfield. 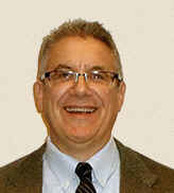 Steve has been the Field Application Engineer for Technology Marketing Corp. for the last 20 years. In recent years, Steve has pursued applying online technologies to support the non-profit community. Steve got involved with Food Rescue first by picking up food, then years later supporting us with Adwords, Google Analytics, Google Tag Manager, Website development, etc. 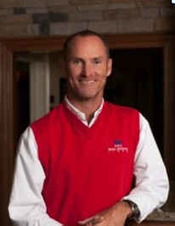 Mark Humphrey has been involved with real estate in Indianapolis for over 17 years. During those years, he served in management for a national builder, and is currently spearheading land development for Real Estate Links in Carmel, IN.  He is a co-founder and board member of the Heritage Classic Foundation in Indianapolis Indiana, which has raised over $250,000 for local charities since its' inception in 1997.  Mark was an original volunteer for Food Rescue in 2007, and he maintains a passion for preserving perishable surplus food in support of local caring agencies to this day.